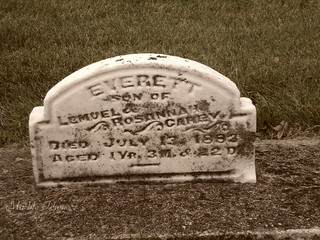 I didn’t take the best photo when I visited the Riverside Cemetery in Noblesville, IN. 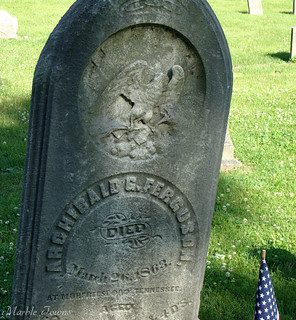 But I liked the eagle detail on the stone.   Today, I tried to find out some information about this man … and I really didn’t get very far.   Between Ancestry and Find a Grave, I found that Archibald Glenn Ferguson was born in 1816 in Kentucky, and died on March 26, 1883 in Murfreesboro, TN.

Here is a much better close-up photo of the inscription, courtesy of SunCacher on Find a Grave.    But I still wondered why, if this man died in Tennessee, why this stone is here in Indiana.   And I couldn’t find any information at all.

I did look to see if there were any Civil War battles in Murfreesboro and found that there was a particular ferocious one, The Battle of Stones River, which lasted from December 31, 1862 to January 2, 1863.   While I don’t know if Mr. Ferguson was there, it would make sense to me that he was — and I’m thinking that perhaps he died from injuries sustained in the battle.  However, I still have no idea why he was brought back to Indiana (or at least, that this stone is here). 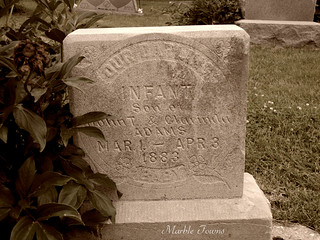 Her name caught my eye in the Laurel Hill Cemetery in Weston, MO — 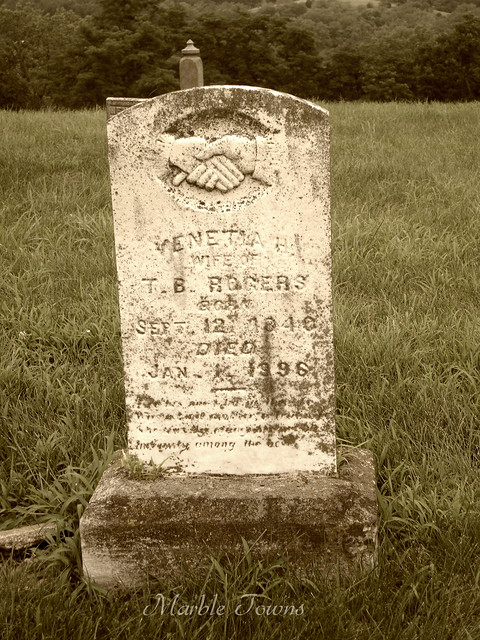 I found her in some records, like the 1850 census, where she shows as Venetia Dose, the daughter of Walker and Susan Dose (one of 7 children).  However, this is apparently not the correct spelling of their last name, which was Doores.   I found on Find a Grave that she was married twice, the second time to T.B. Rogers, who is listed on this stone.  T.B. and Venetia (spelled Venesia this time) show on the 1880 census, where there are several children of theirs listed.   Thomas shows as being born in Ireland, and is a farmer.   Farming was definitely part of Venetia’s life — the 1850 census shows her father was a farmer, and I’m thinking that perhaps Thomas was part of the farming community in this area of Missouri, as well.

I had an opportunity to visit the historic cemetery in Lee’s Summit, Missouri recently, and found that there were a lot of interesting things to photograph.   This is just one of the stones that caught my eye:

According to the information I found from the City of Lee’s Summit about the cemetery, Oliver B. Shepard robbed a bank and was shot by a vigilante posse.   This grave is reputed to be the oldest burial in this cemetery.   I found more information about this man here, which is really about the James Younger gang, but which mentions Mr. Shepard.  Apparently, he was a member of a gang which included Frank James (yes, the infamous Frank James, brother of Jesse James).

What I find interesting is that the stone here says “assassinated,” which makes me think that perhaps it was erected at the request of a family member.   The fact that he was killed after robbing a bank (which was apparently just one crime that he was involved in) would make me think it would read “killed” on the stone.   “Assassinated” gives a more sympathetic tone (at least, to me).   Either way, the stone led me to learn more about not only this man, but of some of the history surrounding him.

After many weeks of not blogging, I have decided to try to begin again …. with some changes here.   One of the decisions I made was that I will no longer host Taphophile Tragics.   I am more than happy to pass the mantle to someone else, so if you are interested, please let me know.   Hosting used to be fun, and then started feeling like work, especially because I could never get a link list to work the way I wanted to via this WordPress blog.  And, I just started feeling like it wasn’t worth the stress.

So, I’m going to try a bit of a restart here, to see if I can get back to what I enjoyed most, which was posting about what I was finding, and putting that information out there for anyone else who might be interested. 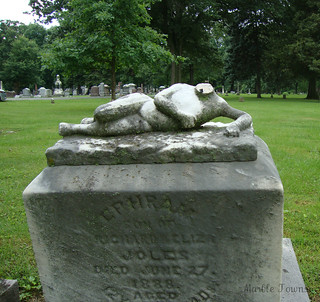